UPDATE: the Sema film has been awarded Best International Film at DCIFF and Best Feature Film at Through Her Eyes film festival! Warmest congratulations to Director Machérie Ekwa and the whole dedicated team whose hard work made this success possible.

Survivors from the Democratic Republic of Congo have created a unique awareness raising tool: a deeply moving film called Sema. Directed by young Congolese director Ms. Machérie Ekwa, the film features a screenplay written by survivors, who are themselves members of the dynamic national network called Mouvement des Survivantes de Viols et Violences Sexuelles en RDC. The film’s characters are nearly all played by actors who are either survivors of sexual violence or are family members of survivors, and the film connects powerfully with both international and local audiences. On International Women’s Day, they will kick off with a double US premiere in Washington DC at DCIFF, the oldest independent film festival on International Women’s Day, and in Florida, at the UN Women-supported Through Women’s Eyes film festival. The film will also be featured in a number of events in Europe, including the prestigious Nice Film Festival in France, and internationally throughout the year, so do keep an eye out for this gem. Sema means ‘speak out’ in Swahili, and this film, based on actual events, is a remarkable example of survivors developing narrative tools to best possible use for their community needs. Through the film, survivors address stigma head on, and reshape their collective narrative. The film been subtitled in English and French. Stay tuned, as more screening dates and perhaps more subtitle languages will come! 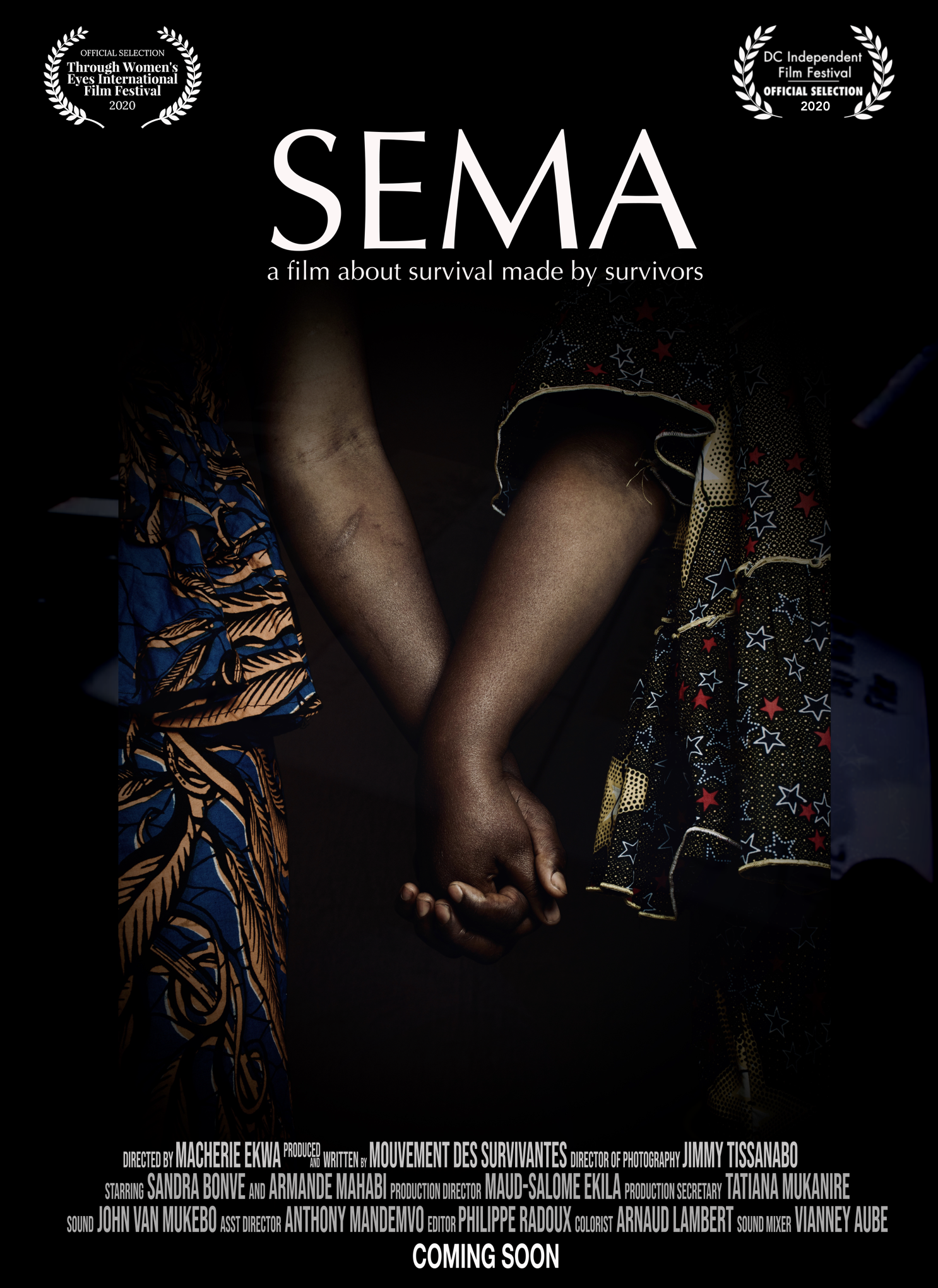