While the Democratic Republic of the Congo (DRC) has immense natural wealth, its resources have rarely been harnessed for the benefit of its citizens, and have often led to their suffering. The war in DRC, one of the deadliest conflicts in the world, and its aftermath have claimed the lives of more than 5.4 million people and left 2 million people displaced.

Sexual violence was used as a weapon of war to terrorise communities during the armed conflict, and the consequences are directly felt as even today, in the post-conflict landscape, there continue to be alarming numbers of rapes, rampant sexual slavery, and deliberate mutilation of women’s genitalia, especially in the North Kivu province. The ongoing harm is intergenerational.

In DRC, survivors of sexual violence experience stigmatisation and rejection by their communities and families. Many women remain highly traumatised and most lack access to either medical or psycho-social care. 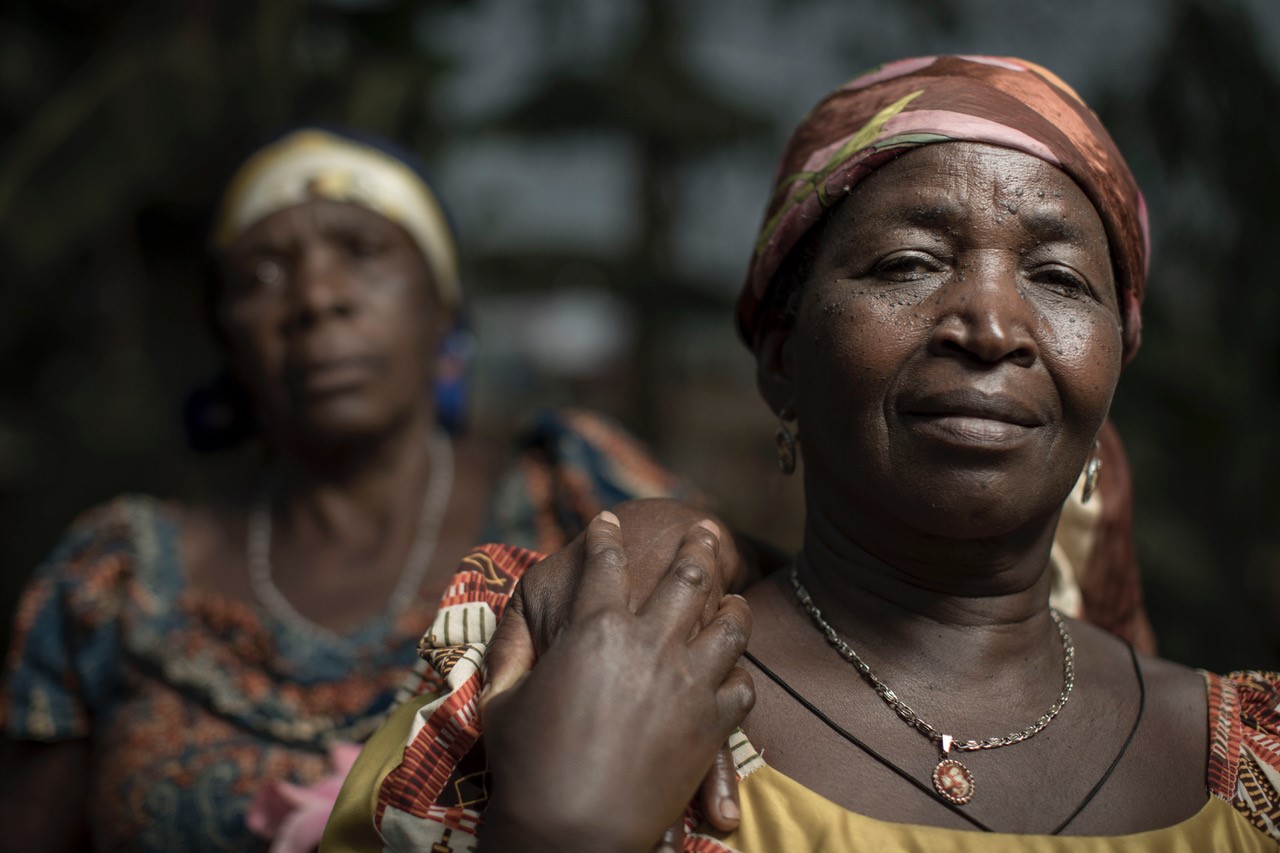 In addition, the degree of impunity for crimes of sexual violence is extremely high in the country and, even in the rare cases where access to justice is possible, victims’ access to reparations continues to be denied.

The severity of the crimes committed is matched by the courage and commitment of survivors. The Mouvement des Survivantes de Viols et Violences Sexuelles en RDC is a group of over 3657 survivors of conflict-related sexual violence in the DRC. The network helps survivors access the care they need, creating a safe(r) space for solidarity, exchange, and mutual support between survivors.

At the local level, the network organises public events and awareness-raising campaigns to shine a light on the devastating consequences of sexual violence and to fight impunity for these crimes. In April 2018, the Mouvement brought together more than 800 survivors to publicly demonstrate against the mass rapes that happened in the eastern part of the country.

The Mouvement works to ensure that survivors are systematically consulted in the design and implementation of both national and international initiatives and policies that affect them. Members have participated in numerous international events such as the international meeting on gender, pace and security in the Great Lakes region, held in Entebbe in 2018, the Commission on the Status of Women in New York and the Universal Periodic Review of the Human Rights Council in Geneva.

Another priority of the network is to recreate the narrative of conflict-related sexual violence in the DRC, on their own terms. To achieve this, the Mouvement has developed advocacy and memorialisation tools, including a remarkable film, SEMA, written and acted by survivors of conflict-related sexual violence and their family members. Survivors collectively wrote the screenplay, based on actual experiences, and chose to act in the film, to give a glimpse into their struggles in order to help end to the stigma that is so devastating for victims everywhere.